When Fuji announced that they are going to add new film simulation into their newer cameras, the Classic Negative, I was curious what to expect. Now I have not seen very many SOOC photos taken with it, but I played for a while with the Capture One -curve that works with their newer camera raw-files. I saw that the new Classic -simulation certainly will get it’s userbase even among those that have used Classic Chrome film simulation previously. What surprised me though was that the new simulation wasn’t of some premium film but a “consumer” film. Anyway, I had already made one style before the Classic Negative that looks quite similar and felt not so much left out even though my camera does not support the new simulation.

But I have a much better resource for different looks, make them my self 🙂 And I have done quite a few different styles already with Capture One. Enough already, or still some look missing?
Yes, the old itch came back and I started browsing through flickr for new looks to get ideas for Capture One -styles. Suddenly I found the competitor’s cheapest film in front of my eyes: Kodak Colorplus 200. I was teased to try to copy something from the look of that cheap film. Of course I knew I could not replicate the look, but maybe I could get some ingredients of it to a new style.

I ended up with a new style that is worth sharing, I hope. As a first thing of this style I bring up the subject of the exposure. I could have given this style some positive exposure compensation, somewhere between +2/3 to +1 EV. But as I left it at zero I see there is now possibility to change the look of the style by simply using exposure slider. Both the “normal” exposure and the “overexposed” photo looks good, though different.

For the look I browsed through photos taken with the Colorplus film and I read many reviews of the film. Based purely on my eyes and the reviewers impressions I found a look that is balanced and new to me. I had to decide between two different looks that the photos taken with this film had. The other was kind of a pale (shadows overexposed or rather underexposed and lifted) and the other was more contrasty. Contrary to my first impression I rejected the paler version in favor of the more contrasty look. And one thing is sure, this style is certainly warm, even bronze in appearance.

I have partly accepted the fact that You cannot get rid of the digital look so easily and I made the look “analog” to the extent possible without special tricks. And I did not replicate the graininess in the extent the Colorplus 200 had but tuned the graininess to a more acceptable level. So the look is on purpose different from the film it got it’s genes from, but maybe it can be appreciated at it’s own, what it itself is. Like a more clever son of an appreciated chap.

So here we have a kodassic (did I just invent a new word, meaning classic kodak) all-purpose look to compete with other “cheap film” -simulations. Hope You find it useful or at least interesting option for photography. Me, I did get my satisfaction succeeding in making the style balanced and still special (original) enough. For me this is a nice addition to the previous styles like Nostalgic color -style.

And here is the link where You can download it:
https://drive.google.com/open?id=18fRWNpYVWmiDpsqpIxUULGTglsB7yXFD

The photos in this page probably show this style is not very strong in any department. Maybe You should try it for Your photos. Please comment below if You find these free styles useful or at least interesting 🙂

7 thoughts on “ColorPlus style for Capture One” 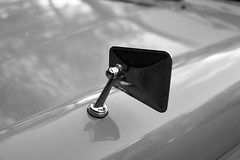