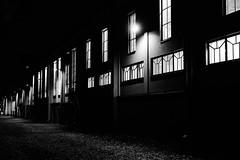 I have tuned many styles that have some similarity with Portra films. kPro II -style was made with some direct reference photos of Portra 800. Those photos had quite limited color range so even with the references I had to use my own vision and imagination and other sources to tune it, and the look is quite neutral and maybe not very succesful in mimicking the look, but I still like that style. I also made a Nostalgic Portra -style based on very limited references with raised shadows and color toning I found in some photos. The outcome was near what I was aiming at, but I guess it is quite limited in it’s usage. P400 Warm -style was totally based on my own interpretation and vision how I see and prefer a warm Portra 400 -film look-a-like style should look. I still like that style, but having done so many styles without very good references I wanted to check if I could tune the colors based on color chart references from real Portra 400 film.

Color charts seem to be very difficult to use for matching, well, colors. They don’t tell everything and errors in sight and interpretation may cause the ending results to be totally wild. During the process I had to make evens between different hues and saturations. And that process involved setting preferences. One especially big challenging color combination was yellows, oranges and brown tones. It seemed like the yellow-orange area had very many points where the tones and saturation and luminance were even contradicting each other. And within this area we have lots of the skin tones that this film I was trying to mimick was supposed to render well.

I do approach the colors in these styles with Capture One’s color editor. I’ve seen styles tuned succesfully and balanced with the color curves. I personally haven’t succeeded with the curves even though I believe one could get analog linearity to the color tweaks that way.

The color editor on C1 is difficult when you have to tune many tones close to each other. If the tunings overlap each other the end results might end up being really wild. You might not notice such with the photos you use for tuning the style, but when testing the style, one photo amongst hundreds of photos end up showing the problems that the overlapping causes. Photos including color gradients mercilessly show the errors but very few photos show naturally such color gradients that could help reveal these errors.

From my recent styles the Obsolete -style has one such error and it shows in very limited photos. The problem might be very difficult to solve and so far I haven’t corrected that style as the problem is not so obvious and correcting it needs a lot of rework.

In the process I was surprised how much I needed to deviate from the “neutral” when it comes to saturation and tint for certain colors. I started fearing that the color charts I used for comparison were somehow false. But even with those quite strong tunings the overall balance looked, surprisingly, beautiful and “balanced”.

One thing surprised me when I arrived to the goal with this experiment. My P400 Warm -style was surprisingly similar even though I used very different methods. Yes it has significant differences too, but still there is so much similarities between these styles that I think the method does not play so big a role when you use enough time and make observations of the samples available even when there is no direct comparison photos or color charts available.

Talking outside of the colors I used some settings in this style that I found useful and interesting when tuning the Obsolete -style. The curves are based on luma-curve and there isn’t much contrast used thus supporting the look of portrait oriented film.

Overall I like this new style and it works as intended with portrait photos. On the other hand there is not anything special going on here. At least I learned new things during the process and achieved quite a beautiful style, even though I wasn’t able to replicate the look of the film so well. There sure is room for improvements and making a new Nostalgic Portra -style using the color scape of this experiment. But I share this style seeing it useful as it is.

Here is the link to this style:
P400 II Capture One -style

As always my styles are shared without payments of any kind. Hope you like them and share your thoughts below.