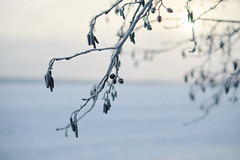 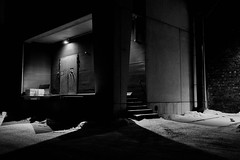 My recent switch to Nikon Z full-frame camera has taken my thoughts off from Fujifilm cameras, but I wrote part of this text before the switch so I thought why not share it. This is a long term review of the X-H1.

I am a hobby photographer. I admit that technology and gear interests me at least as much as the process of photography. I have no real clear goals with photography. For me photography means mostly getting rid of the surroundings and other thoughts and I can concentrate, almost meditate, around the subjects and photo taking process. What I would like to photograph is tabletop still life, but building a home studio has been delayed because of the COVID. I have photographed and taken videos of my daughter riding a horse. Maybe that has been the biggest deciding factor to which gear I have at the moment.

END_OF_DOCUMENT_TOKEN_TO_BE_REPLACED

After the time spent with a Fujifilm camera and some lenses I have thought through many times the decisions Fujifilm has made with their cameras and lenses. Having read many stories about the decisions and forum posts about them, I have a bit differing opinion what Fujifilm should do next. And this is, at the same time, my dream camera.

END_OF_DOCUMENT_TOKEN_TO_BE_REPLACED

So, what happened? I went and sold all Fujifilm gear. That was purely intuitional impulse decision. I was about to buy my daughter a new camera and as Fujifilm don’t offer any suitable solution for simplistic photography I tested some Canon full frame options for her. But after coming to the conclusion that the mechanical shutter noise was too high in the cheaper Canon R models I happened to grab in my hand a Nikon Z, Z6 II, while I was still in the shop. And immediately after I had looked into the viewfinder I was sold. So I bought for myself a Nikon Z. And my daughter’s camera purchase is still on hold as she actually received a good different brand camera for a loan for the time being.

I have for a long time wanted to make a new blog that is not solely related to the Fuji-name. And now I got my reason and my new blog is here:
Capture One2Three – by Veijo Matikainen

I still plan to continue to make free Capture One -styles and publish them in the new site. And they are usable with any camera-system’s raw-files, Fuji’s too :-). See you there!

I have tuned many styles that have some similarity with Portra films. kPro II -style was made with some direct reference photos of Portra 800. Those photos had quite limited color range so even with the references I had to use my own vision and imagination and other sources to tune it, and the look is quite neutral and maybe not very succesful in mimicking the look, but I still like that style. I also made a Nostalgic Portra -style based on very limited references with raised shadows and color toning I found in some photos. The outcome was near what I was aiming at, but I guess it is quite limited in it’s usage. P400 Warm -style was totally based on my own interpretation and vision how I see and prefer a warm Portra 400 -film look-a-like style should look. I still like that style, but having done so many styles without very good references I wanted to check if I could tune the colors based on color chart references from real Portra 400 film.

END_OF_DOCUMENT_TOKEN_TO_BE_REPLACED

This might be a rant. Towards Fuji. But I have overcome the moment of having feelings about this. My X-H1 has a broken USB-port. It cannot get connection to my computer and thus to X-RAW Studio anymore. I guess I have had my share of experimenting with the film simulations. It is very unfortunate, that the X-RAW Studio is dependant of the camera. And so eventually there comes a time when the X-RAW Studio becomes useless.

I primarily use Capture One for post processing. But I love that my camera can produce beautiful JPEGs SOOC. I can still tune the looks in-camera, but is is a burden compared to the possibility to test different settings in X-RAW -studio.

Short sigh. Life goes on. And maybe I can afford a new camera at some point.

My in-camera film simulations are based on my previous experience and I have mostly now shot photos with Astia. It just looks so good with different subjects, were it nature, urban or people related. Astia is also a film simulation that can be tweaked to many different looks, though I mostly use only one setup with it.

Now, back to Capture One…

This particular look has enticed me from the very beginning of using Capture One. With two iterations before I still wanted to study this look more and make it even more likable. The film which has given the name for this look is not familiar to me but from all the pictures I have seen in the web. I hope the look is similar enough that the naming is not too much off for the style.

END_OF_DOCUMENT_TOKEN_TO_BE_REPLACED

I have now been tweaking a new style for quite a long time. The style started with my Classic Chrome look-alike -style (Basics CC -style) and progressed like twigs of a tree into many different paths. I “cut the twigs” that weren’t to my liking and continued with one certain path. I collected cues of the look of newer Kodachrome slides and continued tweaking the style with some ingredients that I haven’t used before. The look grow into an acceptable film look-alike style. I couldn’t get the colors and contrast into such extremes I aimed to, so the final look is quite balanced for different scenarios. There are Kodak -kind wild reds and yellows and some smaller color tweaks. The style is quite picky on exposure and many times needs a positive exposure compensation. A low exposure look is not intentional.

END_OF_DOCUMENT_TOKEN_TO_BE_REPLACED

Having tuned many insignificant styles since my last post I found out that my styles K400 Light and P400 Warm were approaching same goal with very different results. I decided to try how they look when I combine their looks. I had in mind a “memory” of a look that some photos taken with Portra 400 film have. And it was warm and light at the same time.

END_OF_DOCUMENT_TOKEN_TO_BE_REPLACED

This time my experiments lead me to try my hand with a look that I named Sunny Seventies. The look took some cues from some photos I saw being taken in the seventies. I could have taken the look much further but decided to stop at a certain point, for now. There is some color twists going on, and the style won’t work for a wide variety of subjects. It really needs a bright sunny scene and there it offers it’s intended look. Hope You find this study interesting, even if it wasn’t so useful to You. 🙂

END_OF_DOCUMENT_TOKEN_TO_BE_REPLACED

On the heels of the K400 Light -style I made just another Kodak colors (warm colors) inspired style. How many one can make? Answer is, quite a few.